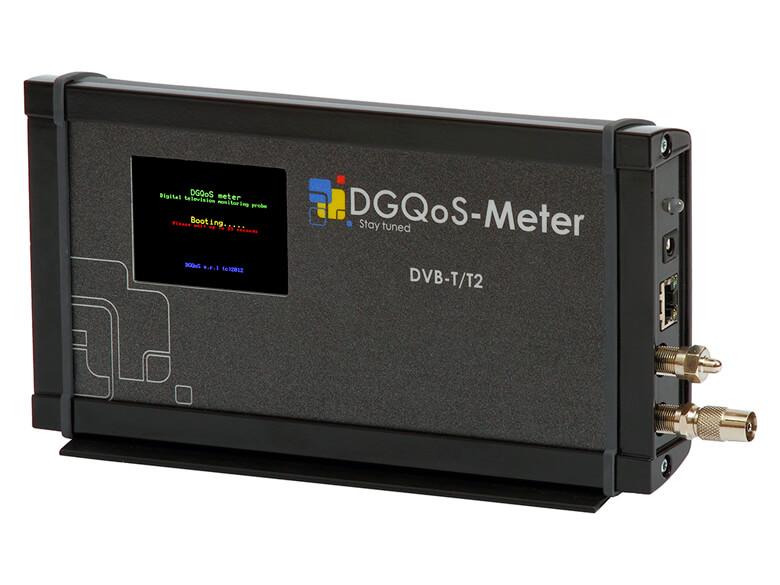 Digital television requires significantly fewer measurement parameters to evaluate the quality of the transmitter output signal. Broadcasters and Network Operators are increasingly interested in knowing the real performance of terrestrial DTT networks, critical especially after the introduction of SFN transmission. The DGQoS Meter allows operators to accurately verify the quality of signals received in viewers’ homes emulating the reception quality of set-top boxes and TVset.

The DGQoS Meter performs a significant amount of measurements: RF signal level, MER, BER in key decoding spots and PER.

SEQUENCING AND REAL TIME MODES
There are 2 ways of operating the probe in normal mode: SCAN and REAL TIME. In SCAN the probe sequences thru the programmed channels and logs the data to the control center. The amount of data is user programmable. SCAN mode can be switched to REAL TIME. Once in REAL TIME the probe awaits user commands. The probe becomes a slave, it answers any user queries. The probe returns to SCAN mode automatically after a user programmed amount of time if no further command is received.